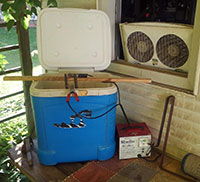 At Semco, we love carbon products, and we’re distressed to think that many end up being unnecessarily thrown away and eventually end up in a landfill. To prevent the waste of our beloved carbon graphite, we have posted about ways to recycle it. Last month we posted a blog titled “Recycle to Recycle: Brush Plating” in which we detailed how recycled graphite can be used in the brush plating process, which is a method of plating that uses an applicator hooked up to an electrical current to brush on the plating metal. Brush plating works by using a portable power pack to provide a current to a closed circuit created when the plating tool touches the object to be plated. Recycled graphite pieces can be used as electrodes in this setup. This month, we’d like to explore another process that can use recycled graphite in order to recycle other materials. This process is called electrolysis rust removal. Let us walk you through it.

Electrolysis rust removal begins with a rig. It’s best to set up this rig outdoors and in the presence of a window fan, which provides additional ventilation for the small amount of pure oxygen and hydrogen gas created when the rig is working. The rig itself includes the following components: an automotive battery charger and cables, copper wiring connections and scrap wood for suspending the cathode, mild steel bar parts holder for use with a cathode, an electrolysis tank (an old cooler works just fine), and, finally, two rebar rods -- or, if you know a local machine shop that produces carbon products, two scrap graphite rods or plates -- used as sacrificial anodes that will collect the unwanted rust. Here’s what the rig looks like:

Let’s back up a bit, though. We know what an electrolysis rig is made of, but what is it for? Well, if you have any old rusty tools in your garage or garden shed, electrolysis is an effective way to give these old tools a new lease on life. Many tools, automotive parts, and antique are difficult to clean mechanically without causing damage, or they simply have too many tight spaces to thoroughly remove rust with brushes or wire wheels. Electrolysis can remove all rust with no damage to the underlying metal. We’ll use this rusty adjustable wrench to demonstrate how the electrolysis rust removal process works.

Let’s look inside the electrolysis vat while the wrench is being cleaned. The black cable in the bottom of the following image is the positively charged terminal of the battery charger and is connected to the sacrificial anode, in this case a rebar rod that is beginning to collect the rust from the workpiece. 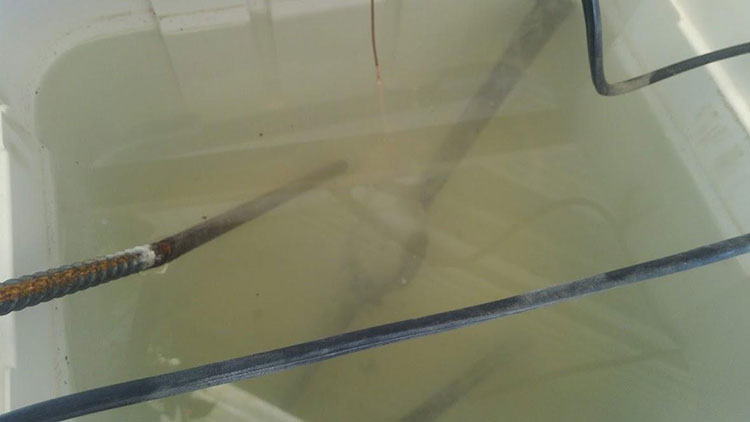 The flow of electricity between the electrodes causes the water molecules to split on or near the workpiece being cleaned. You can see in the following image the oxygen and hydrogen gas bubbles in the center. When we suggested above that it’s best to place the electrolysis vat outside or somewhere that is adequately ventilated, those gas bubbles are why. 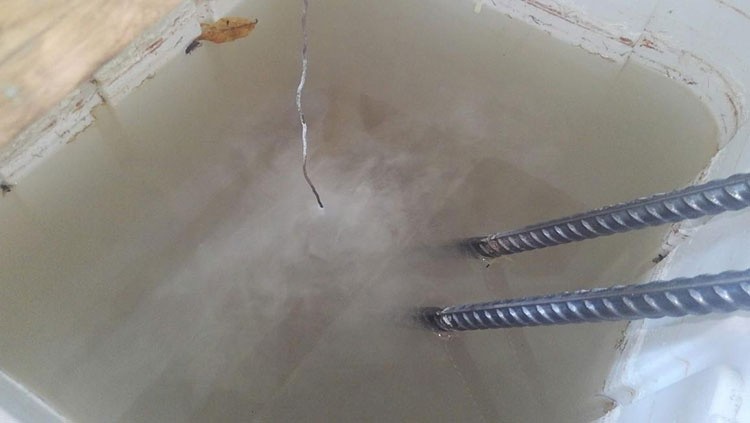 There’s another important component to the rig we neglected to mention up top: washing soda. Sodium carbonate (aka washing soda) is mixed with water to create an electrolysis solution that allows electrical current to flow from the cathode to the anodes. Without the sodium carbonate, the electricity would dissipate in the tank instantly, and rust would not be removed from the wrench. When too much rust has accumulated in the tank or on the anodes, the electrolysis slows down and the amperage is low. This setup uses 6 volts for electrolysis and the system is working well when electricity is flowing between 2 amps and 5 amps. 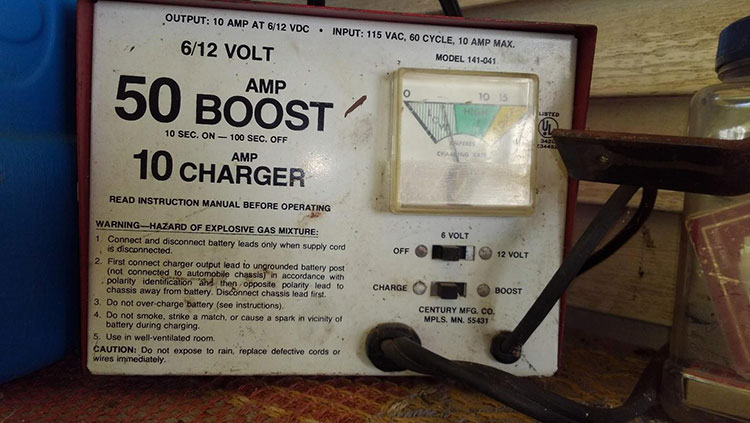 Below you can see how rust has accumulated on the sacrificial rebar rods. The negatively charged terminal of the battery charger is connected to the metal workpiece suspended by the copper wire. Supplying an electric current turns the metal pieces into electrodes. The negative piece of the electrode is the cathode that will be cleaned of rust, and the positively charged anodes will draw the flakes of rust.

Here’s the adjustable wrench after the electrolysis has removed all the rust, even from the nooks and crannies that other methods of rust removal could not hope to get to. This piece can remain rust- free for a long time with an application of anti-corrosion oil. 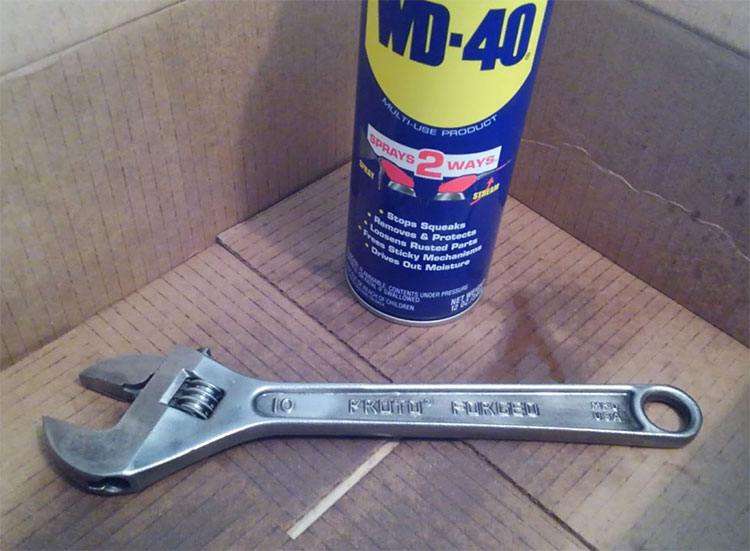 And where did all the rust go? Here, on the sacrificial rebar rods. The electrolysis process which removed the rust from the wrench onto these sacrificial rods took about 48 hours. Sometimes, after the anodes have collected a lot of rust, the flow of electricity slows to the point where the workpiece is no longer being cleaned and the sacrificial anodes themselves will need to be cleaned by more traditional methods. In this case, though, the rods were able to accept all the rust that the wrench had to give.

In addition to its thoroughness, electrolysis is a great choice for cleaning rust from metal tools because we can be sure that it will not damage the tools. The process only removes red rust (ferrous oxide) -- it does not affect the underlying metal, nor does it affect the black iron oxide (bluing) on the surface, thereby preserving the patina that has formed on older tools.

Of course, Semco produces carbon products and, thus, a fair amount of scrap graphite pieces, and we are interested in how these pieces can be repurposed so that they don’t end up in the landfill. A great use of scrap carbon graphite is as the sacrificial anodes in an electrolysis rig. Any material that can conduct an electric current can function as an electrode, and graphite does this about as well as the copper wire, and much better than the mild steel rebar. Carbon graphite is also a better option than steel rebar because it does not rust. So, before you toss those old pieces of graphite, check your garage to see if your old wrenches could use a good cleaning.